*Tutorial for this braid HERE

It’s MARCH!  Duh.  But that means MARCH MADNESS!  I never really knew what that was until I got married.  One of the perks for marrying a sports fan I guess.  I’ve always loved going to games and watching them on TV.  In fact one of my favorite things is to chill w/my hubby while watching a sports game, or having it in the back ground.  It’s already warming up here, so we’re spending our March out by the pool mostly.  Usually we’ll chill by the pool, and have a game playing over the laptop while we swim and eat (of course there’s food!).  Everyone’s happy.  I always love wearing tanks as cover ups over my suits.  I mostly wear this BYU shirt that I turned into a summer/workout tank.  (Tutorial I followed to make it HERE). It’s fun, when you’re wearing your college shirts, people always know where you’re from, or if they went to the same college they get so excited.  I’ll see people wearing BYU or UU shirts and I’m like “Ah, they’re from Utah” or “they’re probably Mormon like me!” Actually, I never actually went to BYU, but Daniel did, and most of my friends, and I lived in Provo while finishing massage school, so I went to all the football and basketball games.  And it is the University of my church, so naturally I support them.  Since being in Texas though, I’ve grown to love all the favorite teams out here too.  Last year we went to a couple of Astros games.  That was sooo much fun.  I always thought it was a super tedious process to get tickets to games, but we just went through TickPick and it’s actually really easy.  AND they have access to literally EVERY SINGLE team and sporting event that you could want.  So if you need tickets, last minute or in advance, go check them out. (TickPick.com)
I’m definitely hoping to go to lots more games this year.  There’s something so energizing about being there.  It’s fun dressing up in your team’s colors and the food always seems to taste better!

What are your plans for MARCH MADNESS? Hope you have a great week!
xoxo

“Surround yourself with only people who are going to lift you higher.” 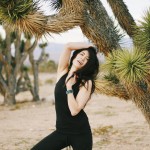