It feels a little weird posting these photos of a hot sunny day in the pool when at the moment it’s pouring rain outside….lol.

> > > The great thing about not having a toddler or any child not is school  yet is that even though it’s the end of summer, with really little ones, summer NEVER ends 😀  I compiled a list of fun things that I’d like to do that we didn’t get a chance to do, or things that I’d like to do MORE of before it gets too cold, or schedules get too crazy.  Swimming is pretty much an all year round thing for us, but I want to do even more of it now ever since my mom got Kylie this adorable lady bug Puddle Jumper.  I have seen them around here and there before, and I though they were pretty neat, but never really felt intrigued enough to get one, because Kylie does just fine her other floaties or she’s content not having anything and just letting us hold her.  But after one day with this she was 100 times more comfortable, independent and happier in the water than she’s ever been.  If you’ve ever considered getting one of these for your little one, but just think they’re overrated, DON’T think that anymore.  You have to get one.  Plus they are the most adorable things.

In other news, we were able to spend lots of time with Daniel’s younger brother who just got home from Uruguay (as I’ve mentioned probably a dozen times lol).  His name is Jared, and he’s the other young blonde guy in these photos, and the other girl is Daniel’s sister (yeah that probably goes without saying, but there’s always that one person that might think she and Jared were a couple, and that’s his baby lol).

It’s our first day home, and we have been pretty much sleeping all day long (no joke) because we had to take a red flight home.   YUCK!  But it feels good to be back.
A lot of people have been asking what we’re having.  Well here’s the thing, we did get an ultrasound, but the cord was in between it’s legs (of course….) so I want to wait before officially announcing until we get one more and know for CERTAIN.  I guess I’m just a little cautious because my other friend who is pregnant was told she was having a boy, and then weeks later (after she’d purchased lots of little boy stuff) they told her she was actually having a girl!

Anyway, those are all of our updates as of this moment.  Have a great night everyone, and thanks for reading! 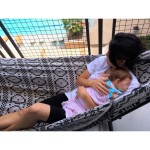 HOW I EDIT MY PHOTOS