Such a fun and fulfilling weekend.  We went to Renaissance Festival (every year Daniel’s boss buys us tickets) and my sister Kristi loved it just as much as I hoped she would + some.  Then we came home in time to watch the morning, then afternoon session of General Conference.  Every six months there is General Conference weekend and it’s so fulfilling, inspirational, motivating…just all things good.  It’s when the appointed and ordained apostles of God speak to the world.  (HOW FREAKING AWESOME right?)
Does anyone else remember the days when the idea of watching Conference at home was an amazing unreachable idea that existed only in an imaginary world?  We used to have to go a big building that would get so crowded they needed traffic and parking directors.  We’d pack lunches and spend the entire day there.  I’m so happy for the progress in technology that lets me listen to it any time any where.  For instance, when you and your sister get lost going to the Women’s session and end up having to listen to it in the car lol.  Yeah that was an interesting night lol.

So special and tender

There was just something so heart warming about this conference.  I saw a new side of Daniel I haven’t seen our entire marriage.  He was so excited about conference, would comment on how he loved certain talks, and even planned his day so that he could watch the Priesthood session Saturday night, and made sure we re-watched the session we missed live.
Just two years ago I would never have thought he’d be the man he is now, especially with some of the things he’s gone through.  And today the connection was made, that my constant silent prayers and tears were heard and answered.  I know it’s an ongoing process and that this life doesn’t have “finish lines”, because we are constantly changing and growing and the things we both did to get us to where we are now, we must continue doing, but still, I could not be happier with my life and my marriage, or more attracted to my husband than I am now.   For most of our marriage I keep a “Why I Love Daniel Today Book” and today I want to share some of reasons why.

Why I loooove him

1-) He is genuinely a ‘Kind’ person by nature

2-) He is incredibly patient with me and others…especially when it comes to teaching people how to use electronics etc.  Because he’s so smart when it comes to them that a typical guy would loose patience with the rest of us mere mortals haha

3-) He honestly tries to do the right thing

4-) He does not have a quick temper-One moment when I knew I could marry him was when we were playing N64 and he beat me, I got so mad I jerked my fists at him but didn’t register how close the wii remotes were to his face that I clocked him in the jaw and made his lip bleed.  He didn’t get angry, tense, frustrated or even change his tone of voice.  Just went about getting a tissue on it and even comforted me when I started crying. lol.

Obviously there are more things I love about him but there are five. 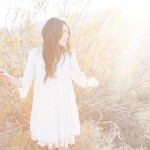 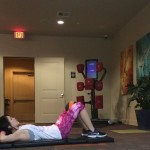